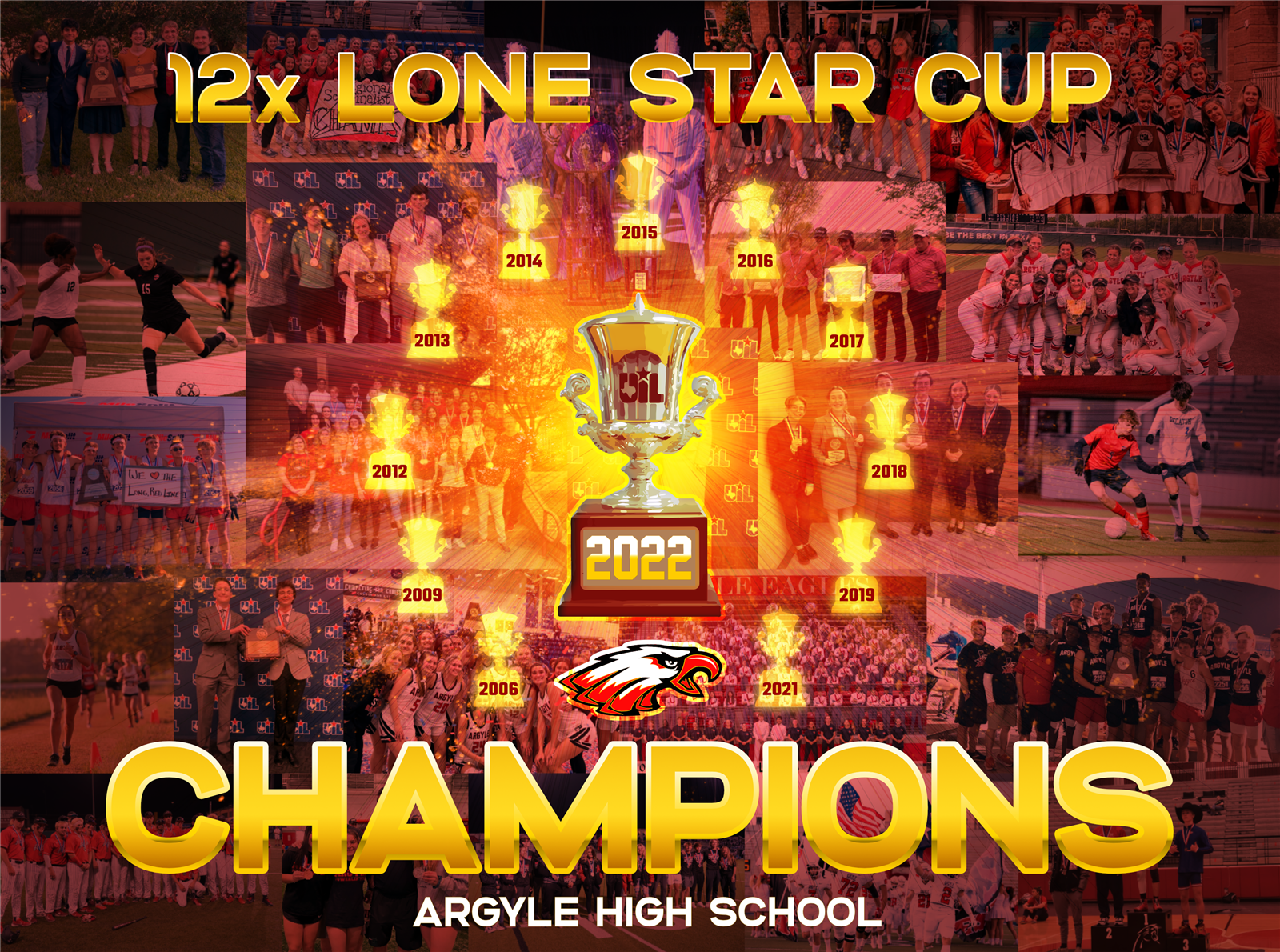 Argyle High School was presented with the 2020-2021 University Interscholastic League Lone Star Cup Award during halftime of the Eagles-Celina game.

The UIL Lone Star Cup is annually awarded to the most successful schools in each of the state’s six classifications. The award is based on team performances in district and state championships in Academics, Fine Arts and Athletics.